How to get running again in summer 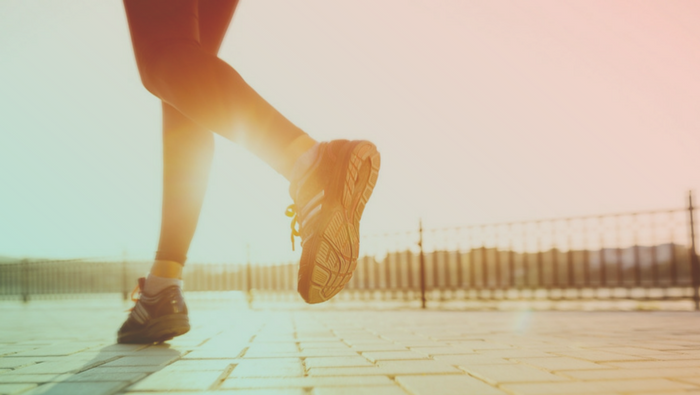 For those of us who are active runners and are looking to continuing running in the summer, then you may have been stuck in the gym recently in a well-controlled temperate environment. Summer is fast approaching, the temperatures are increasing and we’ve already had a few days sitting around 38 degrees.

Recently there was a consensus recommendation that came out from a panel of experts who discussed the use of exercising in the heat and I just want to cover some of the brief recommendations of why this is important. Basically, exercising in the heat induces a thermo-regulatory response and other physiological strains which can lead to impairments on endurance exercise capacity. The purpose of this document was to provide an up to date recommendation regarding the optimization of exercise capacity during sporting conditions and hot ambient conditions. When exercising, you find the body has a normal thermo-regulatory response where you do get increased body temperature and the skin heats up and then you get increased skin blood flow and you get an increased sweat rate. That’s to control your thermo-regulation by cooling the body.

Why this is important? As when you are in an increased heated environment your body may not be used to this and you could get dehydrated during exercise which can place considerable strain on the cardiovascular system or your heart and it may affect you aerobic performance. So the key recommendations are:

The first one was looking at heat acclimatization

If you now decided that you want to start working outside, particularly if you are moving from an indoor environment then you will need a period of acclimatizing to the heat. This is to basically allow your body to biologically adapt to the increase heat environment and this will lower the physiological strain and improve your exercise capacity for working in the heat. There is a variation between everyone – males, female and age, as well as how quick your body will acclimatize. The rule of thumb is that it should be done for a least a 60 minute session a day to increase your core body and skin temperatures and this will stimulate the sweating which will get your body used to working at that higher temperature level. You will find that your body will quickly adapt over that first week but you ideally want to keep that period of acclimatizing for the first two weeks to gain increased motor control at the end of that second week, in other words better muscular performance.

So what does it look like if you say, for example, were training 30 minutes on a treadmill running and then you’re doing 30 minutes of rowing. You could just adapt that to an outdoor environment and increase your run for 45 minutes with maybe a couple of short sprints; doing that daily to get used to the outdoor temperature.

Before training you want to be looking at drinking 6 ml of fluid per kg every 2-3 hours before. So you want to start exercising of what they call euhydrated. If you are doing some intense prolonged exercise in the heat, you want to reduce that water loss. If you are a sweaty type of person you will sweat a lot more salt than others, then you will need to look at your salt consumption as well, compared to the general population, as this can cause cramping in the muscles.

Adequately rehydrating after exercise is important to avoid heat stress. You want to replace plenty of fluids, you can also use meals. If you have found that you are very dehydrated after exercising you need to rapidly increase your fluid consumption after exercise 100-150% within the first hour. In terms of using water during exercise I think that is a personal preference, you can drink to thirst, however you don’t want to be over hydrating. But in terms of the research there is no strong evidence to say that if you are not ingesting huge amounts of fluids during exercise that it will affect your performance. I guess you need to be mindful of how your body is feeling and starting your exercise well hydrated.

On a final note of rehydrating, just making sure that your hydration includes levels of sodium, carbohydrates and protein. So for example a chocolate milkshake or chocolate milk drink has really great levels of those things that are ideal after your exercise session.

Staying cool, how this affects your body core temperature and is it beneficial for exercise?

There are various things you can try to stay cool and can reduce the overall temperature and cardiovascular strain. There are things like going into the pool after a run, cooling down the muscles with a lower temperature. You may have an ice slushy beverage to cool the body down but there is no strong evidence there. There is a reduction rate by using that sort of drink during training and then you have your cooling garments which include the various shirts, socks and apparel that are naturally cooling and reduce your body’s temperature without reducing your muscle temperature. That’s a brief overview of their recommendations.

I also want to touch on the sweating in regards to the foot, being a Podiatrist

There is a difference noticed between the feet and males do secrete twice the amount of sweat than females. On the foot you get more sweat on the top of the foot compared to the bottom. So wearing shoes, over not wearing shoes will limit your sweat production as wearing footwear does limit that sweat production. We want to make sure that the footwear that you’re choosing is well aerated, it’s got the fabrics that can absorb and dissipate that heat – it can be released; this will reduce the temperature and humidity in the shoe. So now there are plenty of technical fabrics that are lightweight, mesh lined uppers that are more comfortable for summer temperatures.

Footwear can be affected by temperature although there is not a lot of evidence around how that affects performance, but the mid sole of most common shoes which is EVA (or ethyl vinyl acetate) can be affected by an increase or decrease in temperature. So particularly in an increase, that will soften and it may become less of a shock absorber. Although, there is not a lot of strong evidence to suggest how this affects your performance, it may not be relevant at this point but it’s just an interesting thing to note. There is a recent paper that looked at the effects of cold footwear. In that trial they put their running shoes in a freezer to reduce the temperature and watched these people running, whilst wearing biomechanical markers (record movement patterns). They found that the cool footwear condition actually affected your biomechanics and running style in an adverse way, so it may lead to an increased risk of injury. However, I couldn’t find any studies regarding an increase in temperature and how that may affect your running style. So on that note, I’ll leave you on that.

So just to remember the key points about getting acclimatized to the heat, hydrating, keeping cool and you should be able to exercise safely and fun.